Firstly, Gamesys is an awesome company to work for. Customer focused, creative and technology led.

I worked within the customer retention team to create bespoke campaigns for players of virtual games. Gamesys would licence brands to the business, I would then use gamification patterns to retain a user base of 3 million customers through interactive campaigns. My most successful of which was licensed back to Hasbro™ and used as the first conceptual digital version of play, collect, win; the now famous McDonalds™ game.

Over a two year period i covered the full CRM spectrum, designing, building concepts and coding. The tool of choice for Gamesys at the time was Adobe Flash. For better or worse, it’s now a dead technology. Using Flash I was able to create complex animation, vector interfaces and augmented reality. I was well ahead of its time. I was able to make a 3D Deal or No Deal box pop out of a giant cheque and explode, all with the use of a marker, some clever code and webcam in 2009. All examples of the framework of today’s tech.

Gamesys also allowed me to show my creativity with my illustration skills. This is also the first time I got to use a tablet with a pen. Not something i’ve revisited until recently. I’m well versed in Adobe Illustrator & Photoshop and I love bringing my design to life with animation and interactions, you can see some examples on my work below. 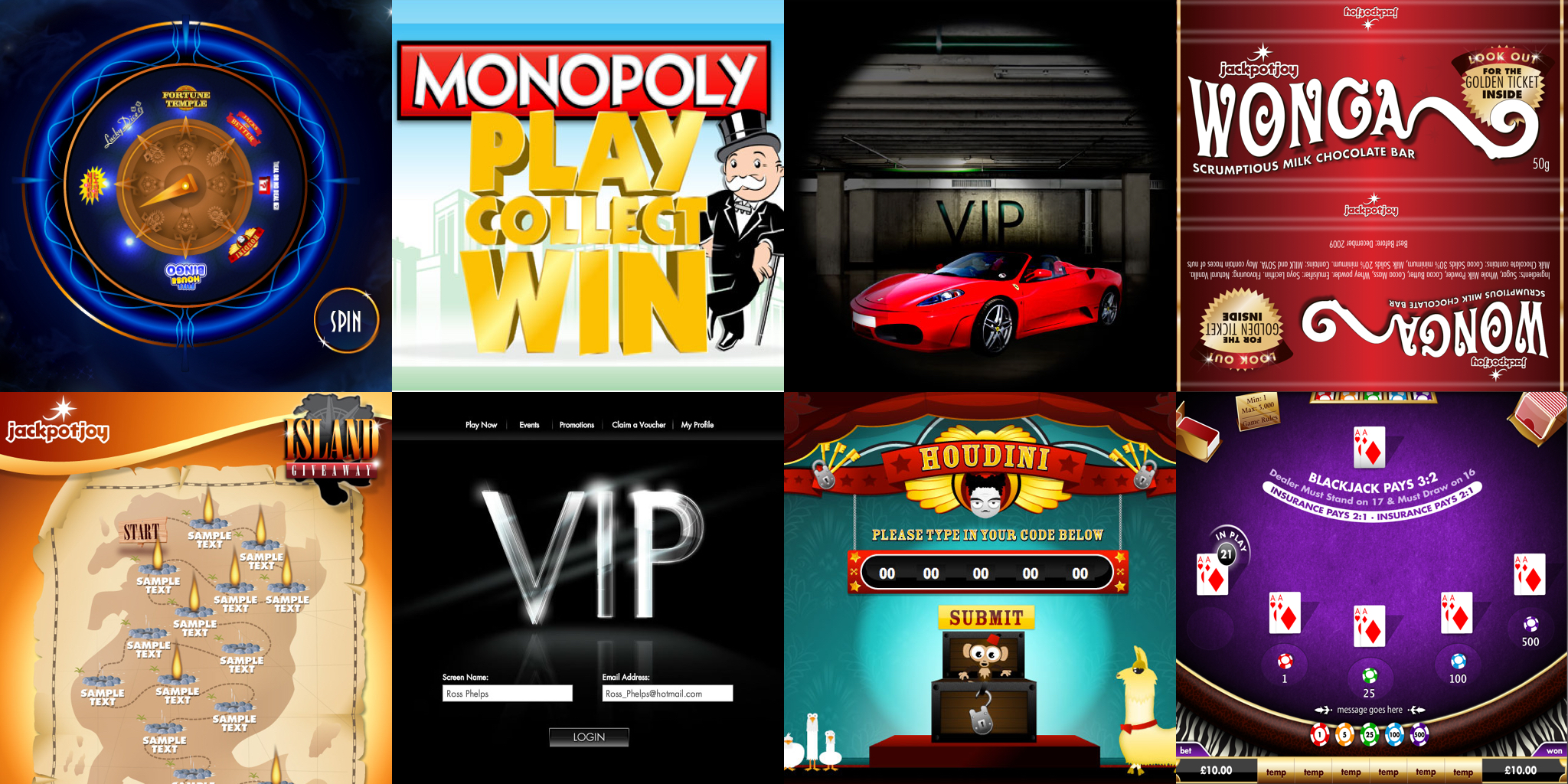